Originally published 3 October 2007. Finally, a post whose message has stood the test of time.

One of my favorite things about Hermione is that her back feet seem to belong to some other, larger cat.

Bella waits for P to come home. Her allegiance is clear.

It is with great sadness that I report Lucy D. Cat, aka Goony, has passed away. It happened nearly a month ago, and I have been trying to cobble together some kind of video montage to post here, but I end up crying too much. Perhaps another time. With any luck, the next post will […]

I promised the participants at Lone Star SCOR some kind of run-down on topics we covered during the two workshops I gave. In the spirit of “better late than never”, I’m posting a PDF with the basics from the cello technique session. I suspect they could be modified a little and be good for […]

I used to post cat videos a bit. This one is “Timo the cat and his hammock, part II”.

I have no idea how Lucy has such technical know-how, but this just happened (you may need to click to enlarge):   The fundraiser got me a huge start towards purchasing Henri, and I have a sense that things will work out with time. If you missed the Indiegogo campaign, donations can be sent directly […]

from the big man himself

Whoa. Click to enlarge what Santa had to say in response to our letters!

’twas the night before christmas 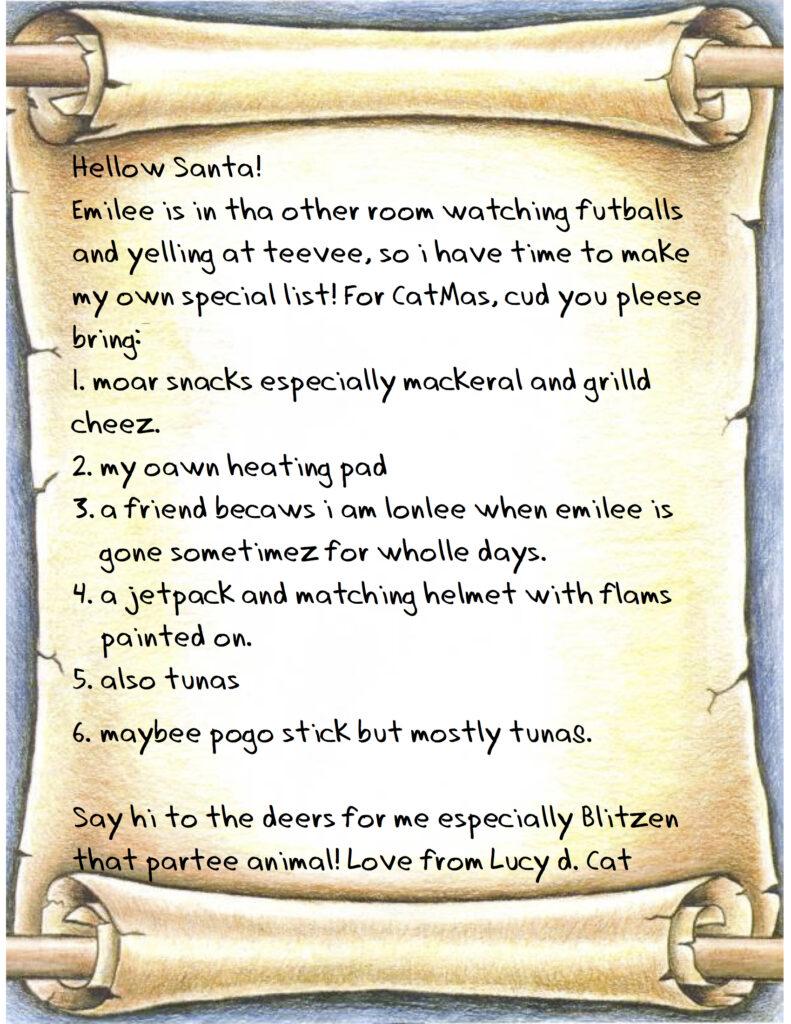 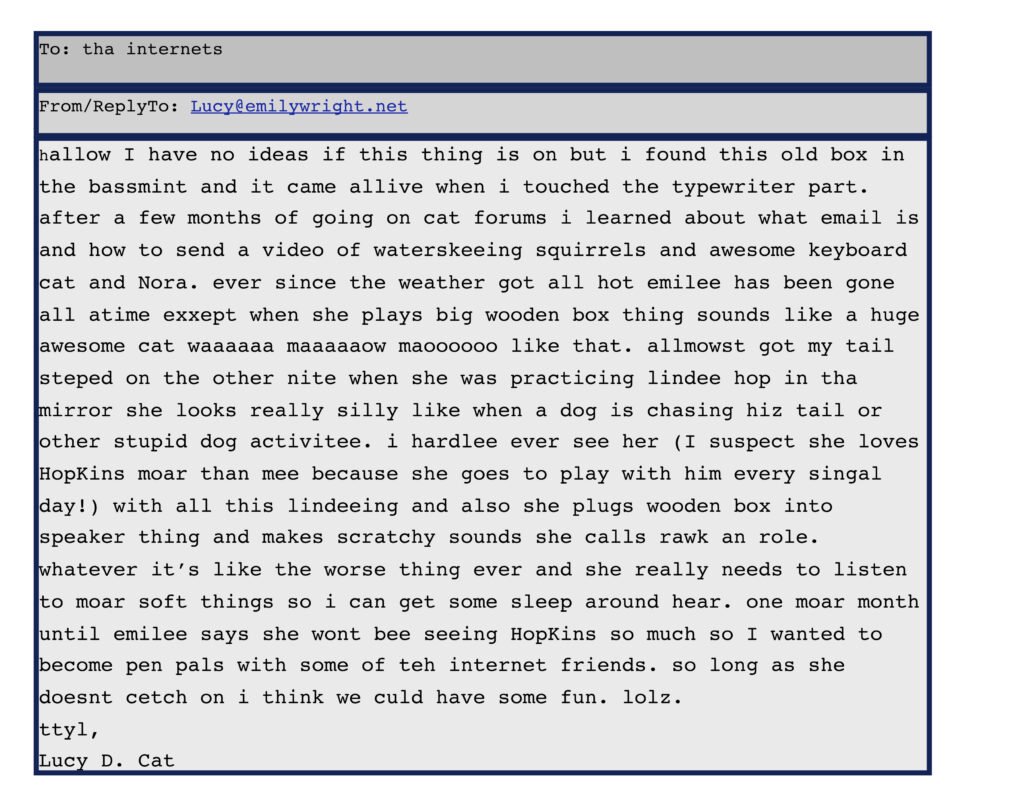 Bless her furry grey heart: Lucy’s been trying to email you guys. While I’m gigging like crazy and finishing up at Hopkins, she was hoping for some pen-pals to keep her company. Don’t tell her I know about her little scheme!