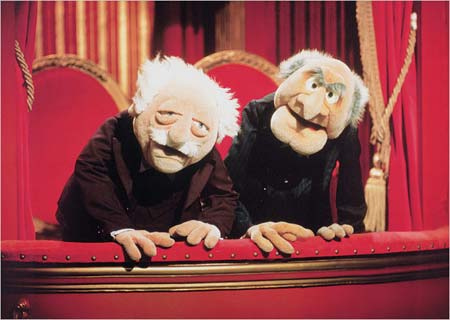 I’m going back through Slonimsky’s Lexicon of Musical Invective (a title that is as much fun to say as it is to actually delve into) and thought I’d share a few of the entries. In case you’re not familiar, it’s a collection of critics’ assassinations of what are now recognized as wildly successful works.

I first came upon this text when I was working at Baxter Northup in LA. I was so taken by it that I presented it to Rivers Cuomo when Weezer was first promoting the Green Album. The press had been less than kind to them after Pinkerton (the ultimate fan favorite), and he had been legendarily reclusive in part due to the fickle reception of his efforts. I thought that he would especially appreciate the harsh words reserved for Beethoven’s 5th.

For the first installment, check out some of the choice impressions of my main man, Bela Bartók:

“…Bartók’s compositions, he would find that they each and all consist of unmeaning bunches of notes, aparently representing the composer promenading the keyboard in his boots. Some can be better played with the elbows, others with the flat of the hand. None require fingers to perform nor ears to listen to. . . .The productions . . .of Bartók [are] mere ordure.”

“The bulk of the Bartók Violin Sonata seemed to me the last word (for the present) in ugliness and incoherence. It was as if two people were improvising against each other.”

your source for "pro session musicians"