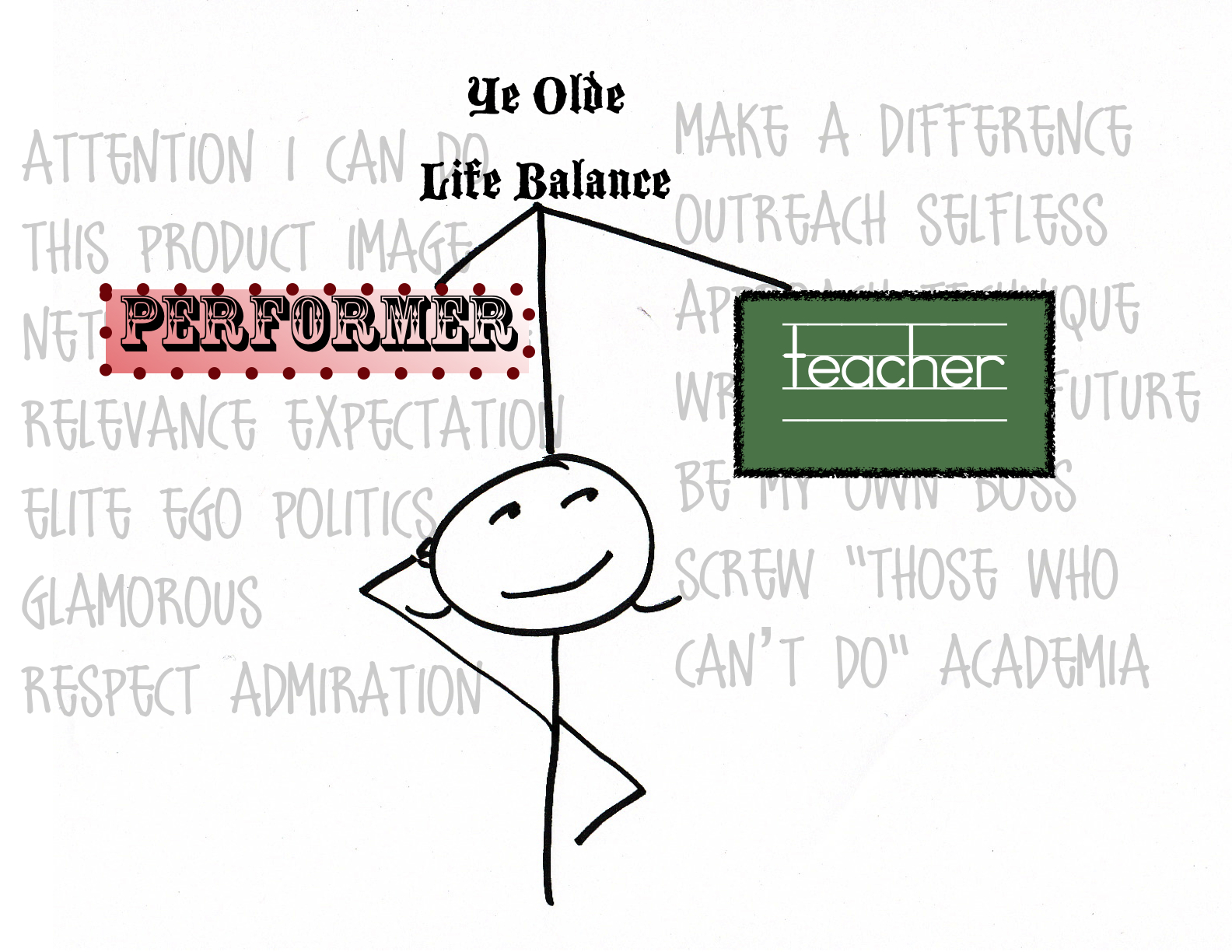 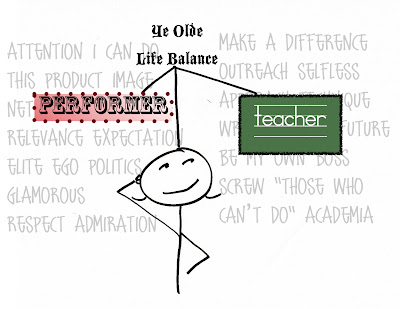 Ask anyone who has ventured into the deep end of music teaching about how they balance performance and pedagogy, and you are bound to get all kinds of answers. In my own experience, I can candidly offer the following:

There is absolutely no balance, at all.

I got into teaching to make some extra money, and made it my primary source of income after my left arm went on the fritz. Before then, I was mainly a creature of the gigging scene, across all venues. I have played just as many classical gigs as rock and pop, not to mention the genre-less experimental freak-outs my friends and colleagues have roped me in to over the years. I experienced the world through my instrument, and related to people as a cellist.

When my left arm packed up, it was like that sound when the needle is pulled across the record. Party’s over. Figure it out, jackass. Make the ends meet, and have fun with your whole identity being fed into the wood chipper. It was like the world’s worst breakup, and I was not at all who I thought I was.

Gradually, it became apparent that teaching was something I could do with a different sense of purpose. My injury and the stubbornness that had largely caused it could be a font of information; an effective anecdote; a starting place for an entire approach. As the years have gone by, my internal narrative moved from Emily the performer to Emily the instructor, and now, one year post-op, I’m someplace weird. What do you call someone who is on the road to 100% physical recovery, teaching 50% as much, taking classes at Hopkins and digging through higher-ed position openings for a job that may not even have a title?†

All of this is a preamble to an email exchange I had a few days ago. A colleague asked me if I could play a gig in February, and inquired as to my rates. She said she was going to charge $100, which is much lower than I would expect to be paid for the time commitment. Still, I didn’t want to be a sticky wicket, so I told her I would accept a similar amount to keep things copacetic. She responded,

“Oh no, you should charge your rates. I’m more of a teacher, but you’re a real performer.”

It’s astonishing to see how other people characterize us, isn’t it? I guess I come off as some kind of performer, although in my mind I’m still not up to where I was before the surgery. It’s also a shame that someone with the dual talents of teaching and performing should think that it diminishes their market value. Still, being labeled a performer by someone I respect sent a tingle through me that has made me reevaluate the way I see myself. I’m a cellist. Someone who lives a life in the cello. Teaching, learning, playing, blogging, ruminating. I am allowed to let the balance shift from one facet to the other as life demands it, and I am fortunate to be able to do so.

It should not have taken someone else’s perception to remind me that I have been the same cellist this whole time. The conflict was of my own creation. All mine. Always was, just like the cello. 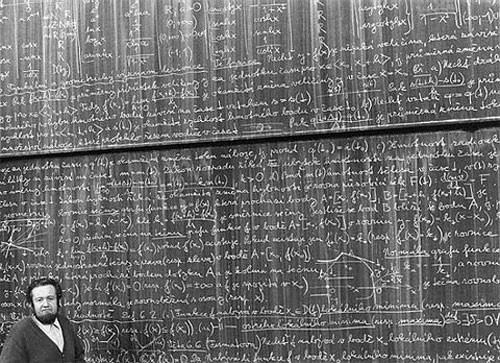 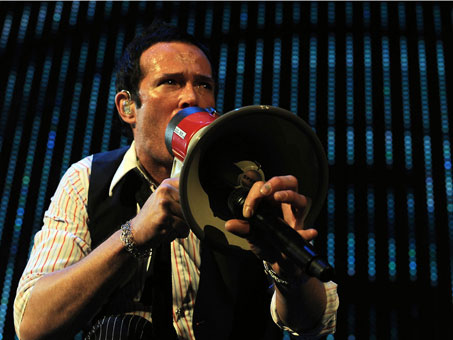