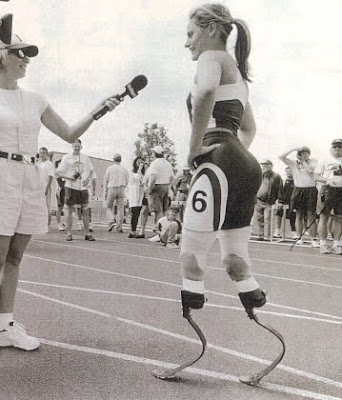 Learning any difficult craft can end up being a metaphor for our relationship with ourselves. No sooner have we picked up the bow than a tree falls right in our path, preventing forward progress with its clear message of: Turn back, moron. This way is not for you.

I sometimes feel bad for certain of my colleagues. They have been so naturally blessed with ability that they don’t deal with that inner obstacle course, which handily avoids much introspection. They instead are rewarded with the message: I’m good at my instrument, I must be good at life. The experience is a mirror, a reflection, instead of an actual look inside.

If you really want to get a grip on the machinations of the soul, a reflection is not gonna do it. What we’re after is more like an X-ray.

Don’t fall for the mirror.

The real problem with mirrors is they contribute too much. If it’s humid, they fog. They can crack. Touch them and there are smears. If you believed everything a mirror showed you without being able to determine its contribution to your appearance, you would look very different every day. If someone came by with a hammer and cracked your bathroom mirror, would you think that your face was in a thousand pieces? Of course not.

People who rely on an instrument or skill (or bank balance, or rank) to show them who they are only have a half experience, and a fickle one at that.

The actual problem is always better than the imagined one.

If you find yourself in a loop of fear or negativity, what is the dwell point of your thoughts? I can nearly guarantee it is something sweeping like:

I am not meant to do this.

What a ridiculous endeavor.

It is amazing what a week (or fifty) of scraping bows and neuroses can bring out. My advice to you, which comes from experience, is simple and perhaps not what you expect.

I’m not going to sit back and tell you that you are perfectly loveable and that you sound great and wah wah. Even if those things are true, if you’re in the middle of some sort of episode, those words seem to fuel the fire or bounce off. A waste of time. So I want you to do the one thing that pauses the spiral: Just go, “Ok. Yes. I’m crap. Look at me, the crap person. Yay crap.” There may or may not be a small voice of dissent in your head, but let’s just keep rolling.

2. This is about the cello for now, so let’s work on the cello.

What are you working on? Let’s say it’s Haydn C major*. Whatever it is, the issue is physical. Horrible sound? It’s not because you’re horrible.† It’s because of some physical phenomenon: a change in bow speed or angle, an undisciplined left hand, a combination of the two. Even if impatience is the issue, it is the physical manifestation of that panic that hurts your sound. This is the Chopping Wood and Carrying Water pre-enlightenment. ¥ So just do the thing, the physical, cello-y thing over and over. Not getting results? Great? Neither did I! We can be crap together! Just keep going, try it some more the next day.

3. But of course you do get results eventually.

Menial work is what gets the job done. Detail oriented, disciplined, focused, slow practice. It’s the cello equivalent of manual labor. An honest day’s work will get you far. Far in terms of progress on the cello, and far from the distorted and ephemeral mirror. Just because you are working things out on the cello doesn’t mean you don’t have a pot of conflicted emotions simmering away somewhere in the back of your mind. What I find interesting and so edifying about my job is it seems that when people get a grip on these issues and remove their influence in their cello practice, they develop a better relationship with themselves. You see, the cello isn’t a mirror. It’s the way we work that is the true indicator of our relationship with ourselves and other people.

You’re better off for having struggled.

What are problems but bellwethers of what we most need to face? Self-pity is among the most damaging things to foster. Instead, look to find the strength in what you think impedes you.

When you glance back at all of the inspiring feats of human-y goodness, from whence did they come? Only adversity shows us our true strength. We donate millions to Haiti during a horrible recession. We form La Résistance when Nazis invade France. The Saints go to the Super Bowl. If we can do all of those things, I say it is entirely possible to overcome, and be better for having dealt with whatever impediment dares fall upon us.

I’m left thinking about Gene Kranz, flight director of the Apollo missions. I mentioned this a while back, but it bears repeating. Apollo 13 was going poorly. The astronauts were in a useless spacecraft, running out of breathable air, with no feasible way of powering the module home and they were still being pulled away from earth by the moon’s gravity. Great. As the big brains at NASA charted hypothetical failure after failure on their graphs and chalkboards, Kranz was approached by the NASA PR guy, who was feverishly typing out a piece of spin for the inevitable tragedy on their hands, calling it “the worst disaster NASA’s ever faced.”

Kranz turned to him and said, “With all due respect, sir, I believe this is gonna be our finest hour.”

* A piece whose importance cannot be overstated in terms of lifting the entirety of a student’s technique to a genuinely advanced level. If it’s not intense, you’re probably not doing it right.

† Belieeeeeve me, I know plenty of horrible people who sound just dandy!

¥ If you don’t know what I’m talking about, it’s here.

Photo of the dazzling Amiee Mullins, who is too busy setting records to consider life with mere ordinary legs, by Lynn Johnson.

6 thoughts on “Turning an issue into an asset”