this is the best I can draw.

I had quite a day on Monday. Here are the highlights!

Creme de la Crepe cafe in Redondo is my favorite for light French fare. This is a cremeux espresso: double shot with fresh whipped cream. Les serveuses there are so nice, and they let me practice my bockety French. Maybe not such a good plan, as I am desperately trying to immerse myself in Italian! 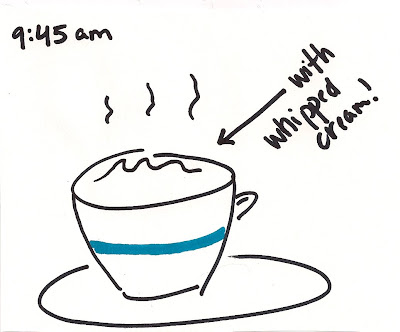 I like Redondo for so many reasons. Mostly because I take Sepulveda and go right past LAX, where I like to watch the planes come in, and Monday saw the big boy taxi seemingly from one gate to another and then turn off. Oh, and Redondo is clean and there are bathrooms. 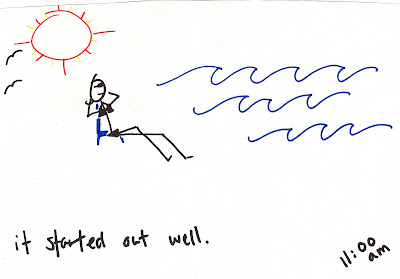 Target and I love each other. So when I was driving back from the beach, I saw some bright bougenvilias waving to me from the garden center, I had to have one. And some shoes. And some lotion. And also some treats for Lucy. 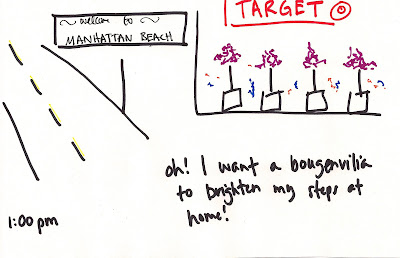 For some reason, I could not figure out how to get this thing in my car. People looked on in amusement/horror as I managed to finally wrangle it, pot first, into the Honda. Best part was standing up and feeling potting soil *inside* my pants. I soiled my pants, I guess. It was fun driving the hour back to NoHo, let me tell you. 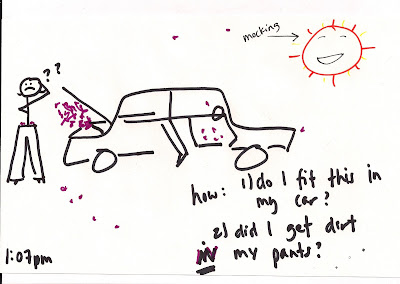 I still think something sketchy is going on with this. 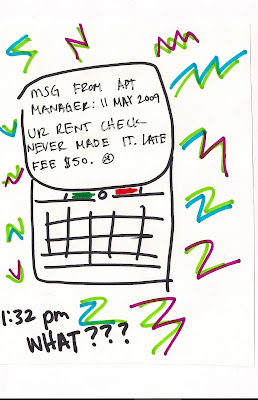 Came home, showered to prepare for some lessons, and … 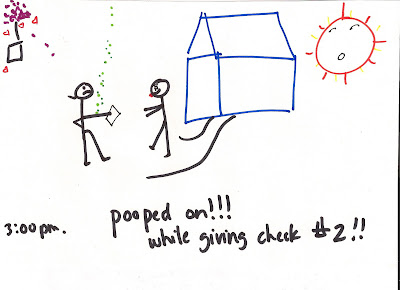 Had been saving some fancy Bordeaux that was a gift from someone who knows a lot about French wine. I can still taste this. 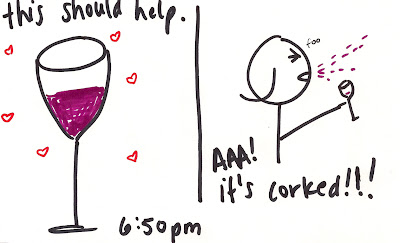 Beer is generally reliable. Amelie is good for accessing and then diffusing sadness and bummed-out feelings. Started with sous-titres, but finished without. I like a challenge, even whilst wallowing. 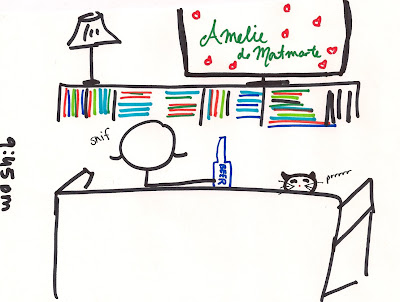 The Twitter peeps confirmed my suspicions about this. I apparently need to wear a helmet until 30 May. 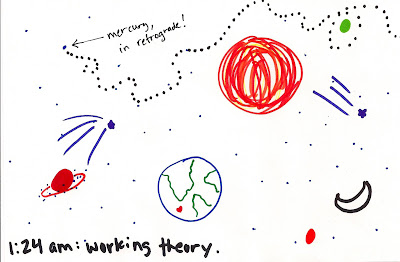 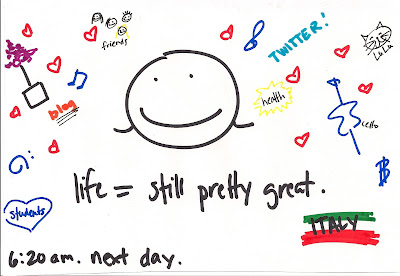 Yesterday, I had a flat tire at 80 on the freeway. Bad luck.

A nice man from the Metro service put the spare on. Good luck.

Drove around for an hour looking for a tire shop. Bad Luck.

I have enough money to afford such things. Good luck.

I’m still going to wear a helmet if I do anything exciting, at least until the 30th.

Many thanks to Jason Heath, who provided the inspiration for the layout of this post. His much funnier, more spectacular story is here.

7 thoughts on “this is the best I can draw.”