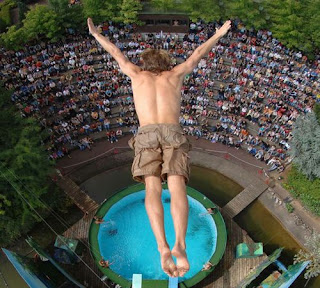 Oooh weeeee I LOVE a request! Wendy wanted me to talk a little more about breathing after a conversation she had with a tuba player. (we won’t tease her too much about that).

If you hold your breath, you probably don’t know you’re doing it.

I want you to assume you aren’t breathing well when you play. For the sake of solidarity, I will too. Hey everyone, look at Emily! She talks a big game and then doesn’t breathe, herself! Ha HA! Can you say loser?

Breathing is not a series of gasps, holds, and deflating noises.

As a college-aged orchestral string player, I would chide my wind and brass counterparts, boasting that I could eat while playing and didn’t have to warm up to hit high notes. A few things came of this: I gained a lot of weight doing all of that eat-playing and the brass players would warm up and then completely drown out my eat-playing self. I learned to really breathe while playing during the summer of 1997. I had a job at Disney in Orlando, and the breathing-optional routine I had gotten into was punishing me under the 135 degree stage lights. I began to feel faint with regularity. I was losing control. During one rehearsal, a French horn player was revising the place she breathed during a phrase, and I decided to pretend I made my phrases with my breath too. I made a little ‘o’ with my mouth (sort of like a looser flute emboucher) and matched my breathing roughly to what my bow did. Although I looked a little weird, I immediately realized how held my breath had been. The dizziness eased, my phrasing and stamina improved, and my belly went from a balloon to a bellows.

Holding your breath invokes the downside of the mind/body connection.

Without respiration, all kinds of stuff happens: starved of oxygen in even a mild fashion, the brain diverts function from motor control in favor of staying alive and amusing onlookers with a Technicolor facial display of puce, violet, and perhaps some vermillion if you’re working on Shostakovich. In time, it draws your shoulders up towards your ears, clenches your jaw, curls your toes, and locks your torso to your butt and completely immobilizes you. If you could have previewed the experience of learning the cello and seen that, would you have signed up for a few years of it?

Although failing to breathe tends to be a symptom of the problem, it is the foundation of the solution to the actual issue. Breathing brings you back to your physical being, in stark contrast to the fickle and mostly unproductive mental freak-out playing can turn into.

5 simple exercises to help you breathe

1. Visualize a run through of whatever you’re working on, even if it’s only a few measures.

No, really. Slow down. That should be the new title of this blog: Slow Down, Speedy! The sometimes slow and never speedy blog of… anyway. We hold our breath when we’re under duress. One of my students describes it as the feeling of plugging her nose and slamming her eyes shut before jumping into a freezing cold pool. There is no duress here! Maybe a little frustration, maybe some scrapes and squawks. Save the fight or flight for real instances of danger. If you slow down your practice to a speed at which you can actually play, you may be able to softly breathe again.

Play a scale or snippet of your piece and hum along. Don’t worry about the quality of your voice. You probably sing much better than I do, and less frequently! Humming or singing “la la la” along with yourself is breathing. Plus, it begins to suggest appropriate phrasing: something wind players have to contend with that really benefits their musicality.

Talking is also breathing. Plus, counting well makes the entire musical endeavor better. With a rhythmic context laid out in front of you, there is only one place for each note. Even if you struggle to find it, having a limited number of options ends up being freeing.

Breathe, no matter what. Sit down to play, feel your guts, notice your normal breathing. Stay with this feeling as you attempt a scale or whatever’s cooking at the moment. Resist the urge to shallow or stop breathing when you see that your bow is skittering all over or your left hand doesn’t know what string it’s on. You are shifting your priorities from playing to breathing, because the goal of this exercise is…

So breathe. It doesn’t take weeks to incorporate it into your playing. It takes a few hours to figure out how to keep your attention on physical phenomena instead of inner landscape mania. It’s a powerful shift, and as it turns out, is important to other aspects of practice as well. Having physical goals is my big thing these days. Today, your only goal is to breathe while vaguely cello-y sounds permeate your practice space. If you do that, it’s been a stellar session. Breathing is not an accessory to solid technique: it allows it to occur in the first place.

Let me know if this helps!

5 thoughts on “from the mailbag”