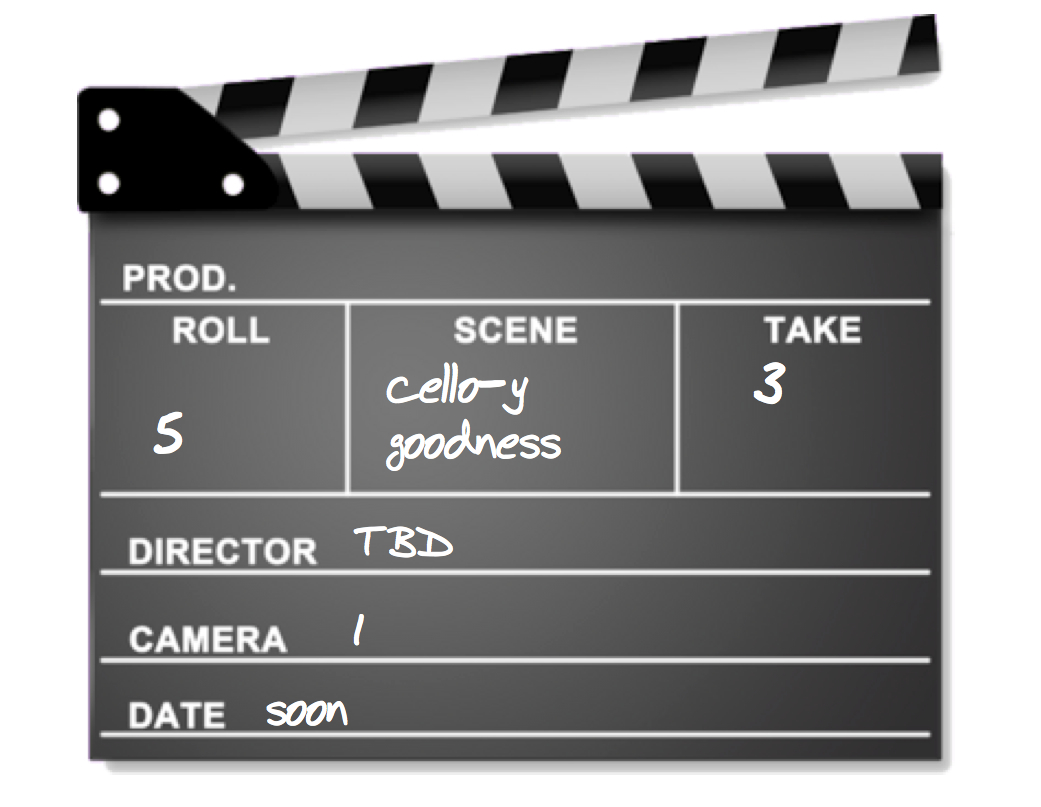 I wrote AMCM to try and fill some of the gaps in the “how-to” canon. Mostly, I thought we needed a text featuring a bunch of pictures and the occasional justification/explanation for certain bits of technique. There’s another volume in the works- I have all of the content down, but this time I’m trying to publish more conventionally to see if I can get wider distribution.

In the meantime, I’ve become increasingly aware of how few cello DVDs there are, and based on the reviews, many on the market have let some aspiring cellists down. Given that, I thought I should try my hand at letting them down, too.

Just kidding. My goal is to make 2 DVDs, one for very beginners and another for intermediate students, designed to include elements from AMCM and also provide a template for successful practice. Other features will be “play along” sections, where I’ll lay down a scale or cello II part of a duet for you to practice with.

So now I want to open the floor up for discussion so that these videos can be really useful and the kind of thing students will want to play over and over again to keep mining for information and support. I have a few questions, and if you have suggestions, please post them in the comments section.

1. In general, what do you want to be included? What’s superfluous?

2. Should I have multiple cellists in the video demonstrating, or just me?

3. If you have any of the other “how-to” DVDs, what would you like to see done differently? The same?

Thanks in advance for your thoughts on this. As soon as I’ve crunched the numbers, I’ll put up a Kickstarter page and begin scouting locations. My goal is to have this sucker in the bag by summer’s end.