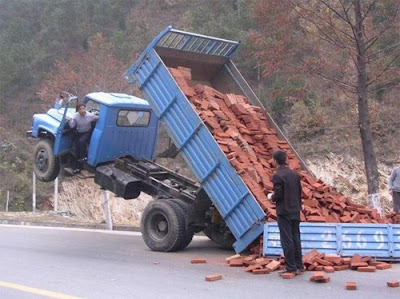 The audition pieces are chosen for very specific reasons. They want to see you hold down a sense of time when rushing is what feels good, they want to see huge flexibility in dynamic range, tone quality and color, intonation, and of course: chops.

When I start to work on something that is intended to be played at lightning speed, I have a goal of not missing any notes the first bunch of passes through. I don’t want to learn the thing wrong! The point is to have it down at every speed, including super slow and super fast. To know it, not just cultivate enough luck to kind of rip through it. I’m sure you’ve been there with a piece: you think you can do it better a little faster. If you need such a device, that means you don’t know the thing at all.

So today, I went through the insanity of Beethoven 5’s fast licks, Brahms 3’s triplets, Don’s Juan and Smetana’s…smet…and played them with a variety of bowings at really slow speeds. It’s also beneficial to practice something with odd bowings because the last thing you need is for an excellent run to get hung up because you’re too attached to playing “this note on this bow direction”. A wise man once said, “Sh*t happens!” and he’s right. You have to continue through all kinds of bizarre things and not just errant bow directions. In my auditioning career, I have had all of the following happen:

starting an excerpt on the wrong string (right note, just odd place)
misread an entire excerpt in the wrong clef (alto clef!?! I mean really.)
had a finger get pinned under the string
started a piece with my bow sawing on my knee, not the string
sneezed in the middle of a La Mer and started laughing
refused to sightread last page of Bartok Concerto for Orchestra

These events all happened before my 21st birthday, and with only one exception, I got every job I auditioned for. Because I just kept going. Incidentally, I got the gig when they gave me the Bartok. I told them, “Look. I’ve played this before, and if you want, I’ll go practice it for 30 minutes and then come back, but this is not sightreading.” Second chair. Not bad.

Oh, and if you’re curious: about a month ago, I started a routine of 2 weeks of ibuprofen, 2 weeks off. I’d heard that lots of pro athletes do this to prevent injuries, and so far it has staved off the usual tendinitis and shoulder issues these kind of reps bring. I’m also getting a massage every week: the surgery fixed my elbow, but I still have a lot of exciting stuff going on in my shoulders and neck. In combination with my strength and stretching routine, it’s keeping my arm robust and limber.