a new way to think about progress 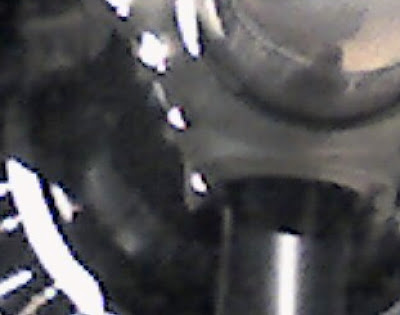 Sometimes a change in perspective makes a long process more bearable. Enjoyable, even. I came to this realization a few days as I looked ahead with dread to the longest day of the year. I thought of the miserable summer to come, the triple digit days and only temporary relief from the searing temperatures that have me scurrying from shady spot to shady spot like some sort of cello-carrying beetle. Then it hit me. If it’s the longest day of the year, then we have already started our slide into autumn! That shift in paradigm helps me endure the Great Fireball in the Sky, because I know that each day brings him fewer opportunities to sizzle me with his rays. Changing the way I see summer has made a visceral, actual improvement in the quality of my life. Now check this out:

Many of my students are very successful people: actors, doctors, writers, business owners. You don’t have to be rich to be successful, but you do have to be driven and focused in a certain kind of way, and have expectations of yourself. These same qualities can turn inside out on you when faced with the 10,000 item long “to do” list that is learning an instrument. The attention to detail and goal oriented thinking that makes for excellence at a job now floods you with hopelessness when your hardest work seems to set you back, or you see some 11 year old wunderkind on YouTube annihilating the Popper study you’ve been fruitlessly working on for a year. I liken this to walking up to a huge picture and trying to tell what it is from 1 inch away. All you’re going to see are the pixels, which is not very useful (or fun).

I was talking to one of my students the other day and came up with the following: from far away, even a beginning student looks like an expert. As you practice and progress, the similarities can be seen from closer up, with more detail. It’s important to keep the larger picture in mind as you clean up and develop your technique. Much anguish comes from obsessing over the pixels. Try instead to back up until you see the similarities to your teacher or other advanced cellist, and then go to work on the next step, which might not be what you had in mind. Maybe it’s a shift in posture. Maybe you notice that your bow arm looks a little wooden. You can also see tendencies in attitude from a distance, so maybe you notice that expert cellists don’t apologize when they make a mistake, or restart a piece 5 times out of habit.

Lots of adult students surrender to the difficulty of the process but insist on going through it upstream, assembling a long list of details that they hope will look like a cellist at the end of the list. I say start with the broad end and then it’s just a refining process. So you get:

Step 6: I am freaking our here why does this sound so bad who am I kidding

Put all of those together and you get a neurosis, not a cellist. Detail work is necessary, but make sure you do it in the context of the larger picture, and that you are investing in the entire gesture, not just the mote that is that one teeny aspect of playing. 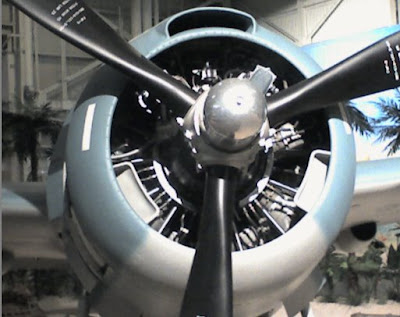 It’s not that a radial engine isn’t made up of thousands of parts that work together in a complicated way. It is. But the only way to assemble or work on it is to know how the whole thing is supposed to function in the larger sense. Otherwise, you could very well end up with a huge pile of nuts, bolts, rotors and gaskets. Sure, you can make a lot of things from those parts, but you have to know what you’re after in order for them to end up as anything but scrap.

6 thoughts on “a new way to think about progress”