Originally posted 31 May 2007: These students are the foundation of my enduring interest in working with students with traumatic brain injury and other neuro-atypical learners. While the phrasing may be a tad jejune [cello is hard for everyone, some people just have a diagnosis as to their particular brand of difficulty], there is truth to it, borne out over the last 25 years of teaching experience. It tends to be the people who have not experienced much intellectual adversity who have the hardest time getting out of their own way.

I teach 2 students who have memory issues. One is a charming retiree who is a formidable visual artist and has what I think of as a “leaky memory”. Every now and again, something will just sort of fall out of her brain, and I’ll have to re-teach whatever it was. These things are usually nuances of technique or other things that people with absolutely no diagnosed brain injuries also struggle with. She is a beginner with a background in piano.

The other one is a man who played for 15 years and was in a catastrophic mountain biking accident a few years back. He has major short term memory issues along with some logical and temporal distortion.

Both are always waiting with a self-deprecating disclaimer when they encounter difficulties due to synaptic failure or a lost impulse. One of them joked about wearing a sticker that said, “I have a brain injury” so people who heard the playing would know why it sounded so rough. What they don’t realize is that the cello is difficult for everyone, and that the biggest difference between them and most other students is that they have a diagnosis as to why. It’s not to say that they have it as easy. But the remarkable thing about working with people with TBI and other neuro-degenerative conditions is the level of exertion is often an order of magnitude higher than neurotypical folks. They have a heavier backpack to carry, so they have bigger muscles. They’re used to working harder, so they keep pace more than one might assume.

I think there is great artistic promise in the student with a blank spot in their brain making the effort to circumnavigate it; or in the person for whom words on the page never quite settle into an easily intelligible form. yet they labor on in the hopes of communion with a Bach Sarabande. I think art, at its very essence, is laced with humility and sincerity. And before I come off like I think of myself as some bastion of egoless virtue, I believe that I am so sensitive to this stuff because I have been enveloped by it from time to time. It is easy to get lost in the haze that surrounds art. It is seductive stuff, the movie lots, backstage “talent” credentials and adulation. But in the end, you have to decide that the humility that was with you as a student is key to leading a meaningful life in any form of art. Staying curious and humble is a great way to experience new things, and also has a way of keeping the day-to-day process fresh and full of wonder. And that has to be good for art, as well as the person who sits next to you at rehearsal.

27 August 2019: Reflecting on this now, after a decade away from Los Angeles and nearly 5 years off of the stage, I am struck by how hypothetical some of the humility talk sounds. The early 2000s were the zenith of my studio career, a time that crackled with the electricity of potential and the rising confidence of finding my stride. I thought of the future as a time when things would only build to greater heights; that these injuries and vagaries of industry politics would long since be resolved by this late date. Now that I have been humbled by life to at least some extent, I can only hope that I was of service to the TBI/neuroatypical students I encountered during this time. One must always be cautious to be an ambassador; a guide on the journey. As soon as you think of yourself as coming down from on high to bestow some sort of rarefied ministrations, it becomes a transaction. A betrayal of the relationship. One thing is certain: I received as much (and probably more) as I gave to these two particular students. The three of us did things nobody thought were possible, and it was an exhilarating leap into the unknown for a time. I think about them frequently, with fondness. 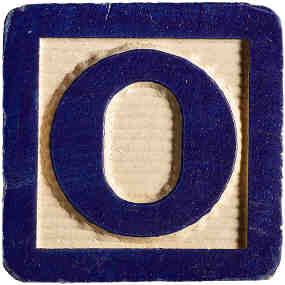