lessons of london: an excerpt

Here’s another snippet from the upcoming collection of essays.

One of the highlights of my college years was winning the concerto competition at Kingston University with the Rococo Variations. It was a time of immense personal and professional growth- I’d landed in London on a gorgeous afternoon, ready to experience all the wonderful things I’d been told about going abroad. Alas, I had also brought the sheltered idealism and unwitting arrogance of a 20-year-old Type A from Los Angeles, and I spent the first few months absolutely despondent. I was disappointed by the things I wasn’t used to. I had unbending ideas about how things should be. I bristled at everything. I was too proud to ask for help. I made assumptions, and assumptions were made about me. My earnestness came off as haughtiness. I made few friends, and as a broke and despairing foreigner, I filled my time with practice, long walks around Richmond Park and along the Thames, and obsessive reading, mostly about Mahler.

At least the practice paid off. I won the concerto competition, along with another musician, who was a cracking cellist, but a scary good pianist. She competed with one of my favorite all-time pieces of art, Beethoven’s 4th piano concerto.

I had only one ally in the music department at that point: John Bate, the conductor who taught me to do English Things like carry on, try to be better every day, and not to think on any one thing for too long. Oh, and that tea is nearly always the answer. Prof. Bate welcomed me to the first rehearsal of the concerto and introduced me to the orchestra, even though I had been playing in the cello section for a semester already.

I can still see their faces as I took my place on the plinth, a chorus of people doing their best to conceal contempt. Oh, how terrible that rehearsal was, and the one after that, and the next one, too. The sound was sour, thin, uninspired. And it was my fault. I’d given them no reason to support me, and for two weeks, I grieved in embarrassment. Of course they didn’t like me. I showed up and thought it wise to voice displeasure at anything that wasn’t as I had known it back home. I disparaged their facilities, the difficulty of curriculum…everything that made them English, as it turned out. I spent one entire weekend contemplating a return to the US, sobbing into the BT payphone in the red box just like you’d imagine it. Dad, I’ve made a terrible mistake…

One of my only friends in London was Michael Pärt (son of Arvo, whom I’d never heard of, rube that I was). For whatever reason, this generous soul, who possesses a lightness of spirit that is simply magical, convinced me that things were not impossibly ruined, and that everything would be much better if I asked for a fresh start. So on Monday, as rehearsal began, I stood up, trembling, with a face already hot with the threat of tears.

I don’t remember what I said, but I do know that I admitted arrogance and bad form. I took the blame for the lackluster effort, and made it clear that I didn’t hold any of it against them. I looked at Ruth, principal oboist, English rose, and person I was most sad for alienating, and asked for a fresh start. And then I sat, and trembled some more, and half cried through the middle movements of the Tchaikovsky, and went outside to indulge in too many cigarettes and the view of Coombehurst House’s rolling lawn.

And they took me in, these people, as one of their own, nearly instantly- a turn of events that still brings tears to my eyes as I think about it. The year flew by after that: dozens of pints with Ruth (who became my closest friend) at Boaters pub, endless nights spent listening to or making music, and one sparkling performance of the Rococo Variations, after which my arms were so laden with flowers that they had to be brought back to my tiny student flat in several trips.

The performance was in an ancient church, with the audience sat in a semicircle around us, much closer than I was used to. My dress was this enormous periwinkle number with an exposed back. I’d choose differently now, but I’d just turned 21 a few months earlier and we’ve already been over my myriad lapses in judgement.

So the performance ended, and it was smiles and flowers, hugs and pictures with friends. From my right, I saw an old woman hobbling towards me, bent nearly halfway over from osteoporosis. She carried a cane with a jade handle with some kind of jewel embedded in it. She extended her hand, and I shook it, catching a glimpse of her eyes, one of which had a milky blue iris that took me quite off guard. She opened her mouth and said something I couldn’t quite make out. “Excuse me?” I asked. The person accompanying her said “She doesn’t speak English, but she wanted to come see you.” I said something like “thank you” because honestly my nerves were blitzed at this point, and it seemed like the best thing to say to a strange possible witch crone who kept repeating something while pointing at me insistently.

“SNNNNIK!” she said again, pointing with the cane or maybe it was a stick for cursing

“Yeah, you. You da snik!”, she declared, with real authority.

I was rattled as she turned and trundled into the distance, occasionally pointing back at me with the death stick. I told the friends at the pub about it and they recognized the woman as a patron of the arts in the area, although none of them recalled her ever cursing anyone else to certain death and ruination after a performance. I slept well that night, but woke up uneasy the next morning, remembering her eye and the glittering red jewel in the cane.

After classes had ended for the summer, I moved out of student housing and into a friend’s flat to extend my stay in London a few weeks more. I really enjoyed it there, especially because they had a large bathroom and a mirror that was angled so I looked thinner. I had short hair, and was doing something to the back of it when my eye landed on the tattoo I’d gotten for my 21st birthday, a single red Chinese character expressing the animal corresponding to the year of my birth: a snake.

The old woman was reading my tattoo. I laughed so hard in that echoey bathroom people thought I was sobbing.

I’ve often thought of covering it up, the fading red symbol on my left shoulder; but every time I see it in the mirror, I’m brought back to that time, and the monumental experience of my year in London, the city I still feel is home, the city that loved me back.

Pictured above: Coombehurst house, where the Kingston Uni music department is located. 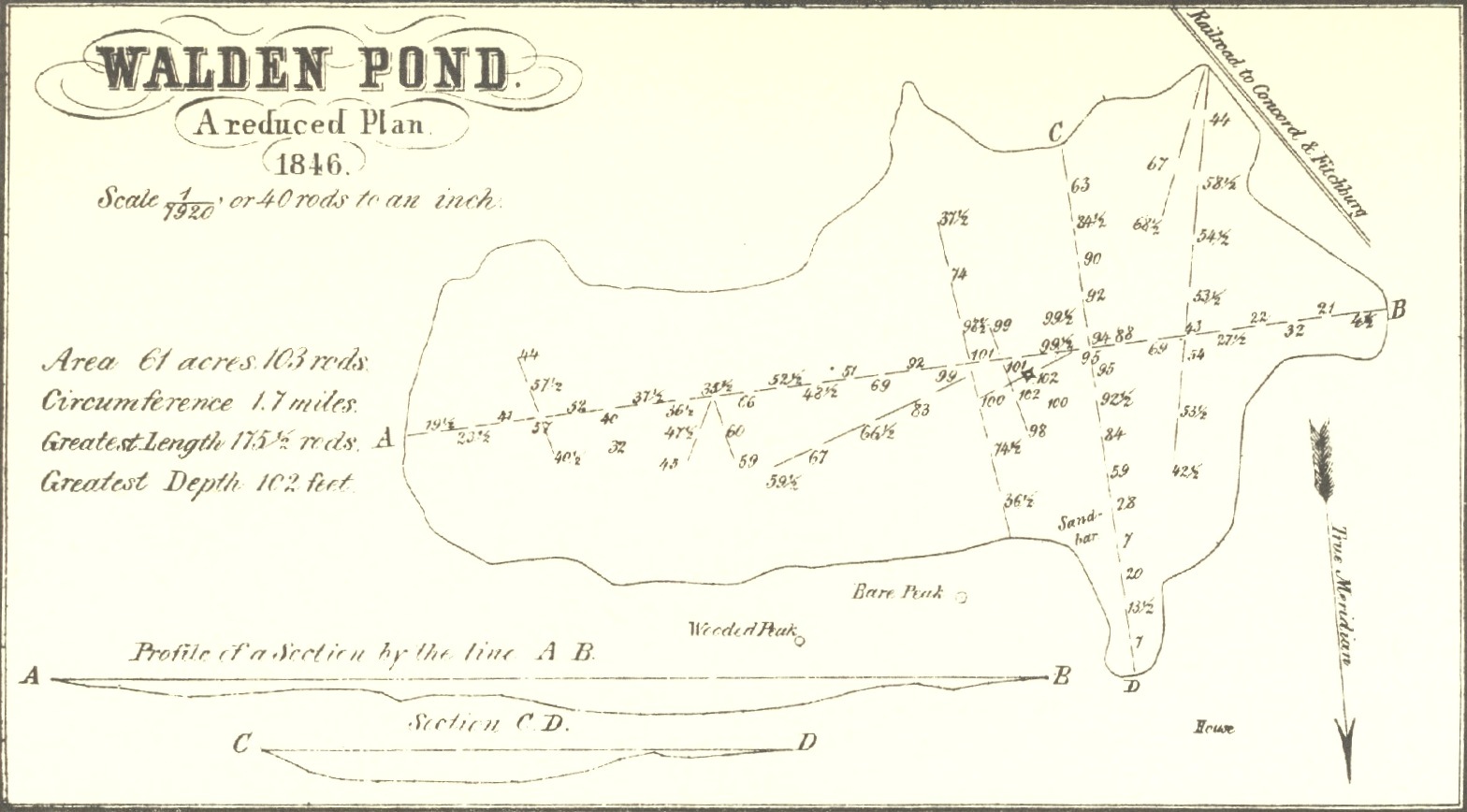 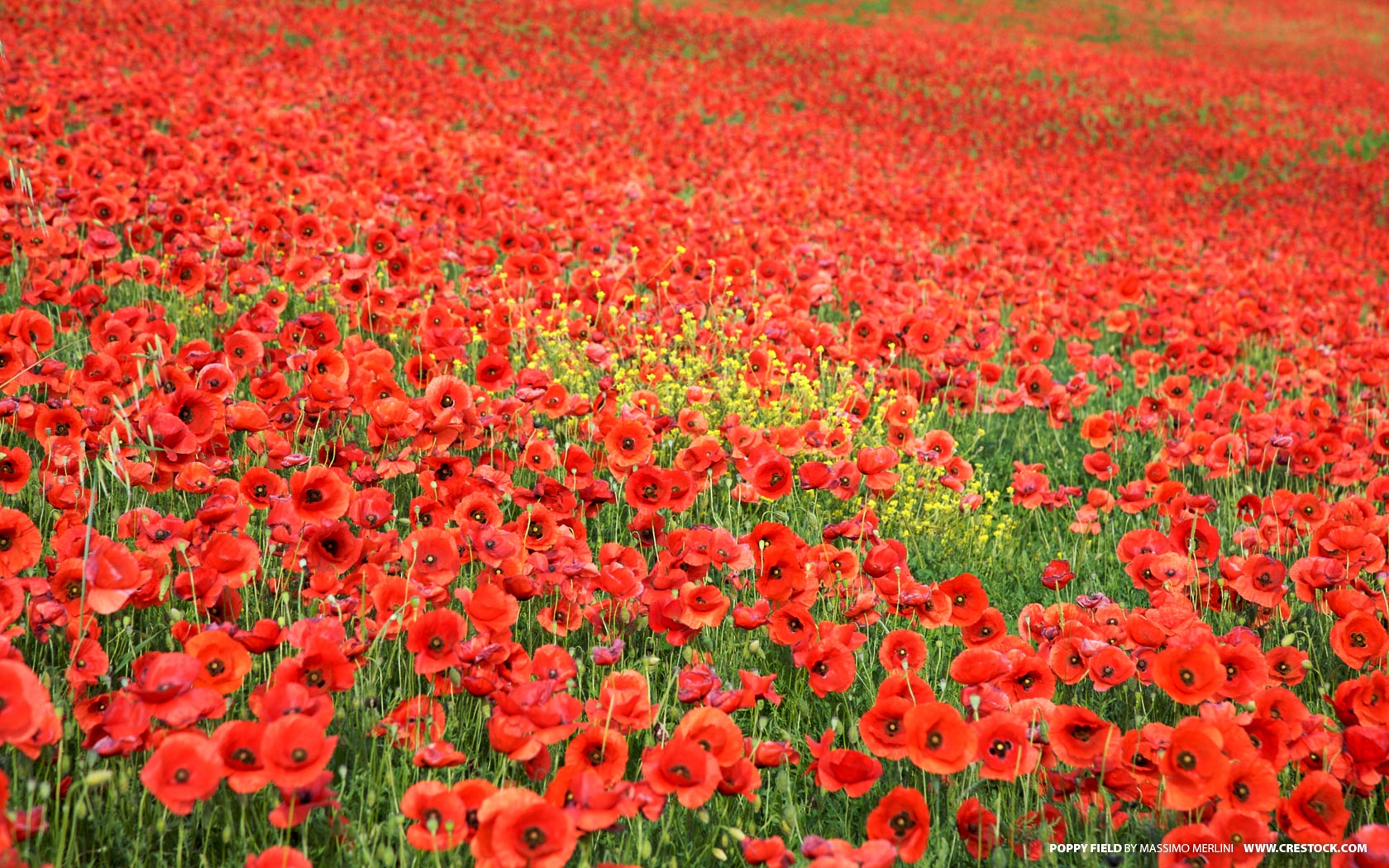 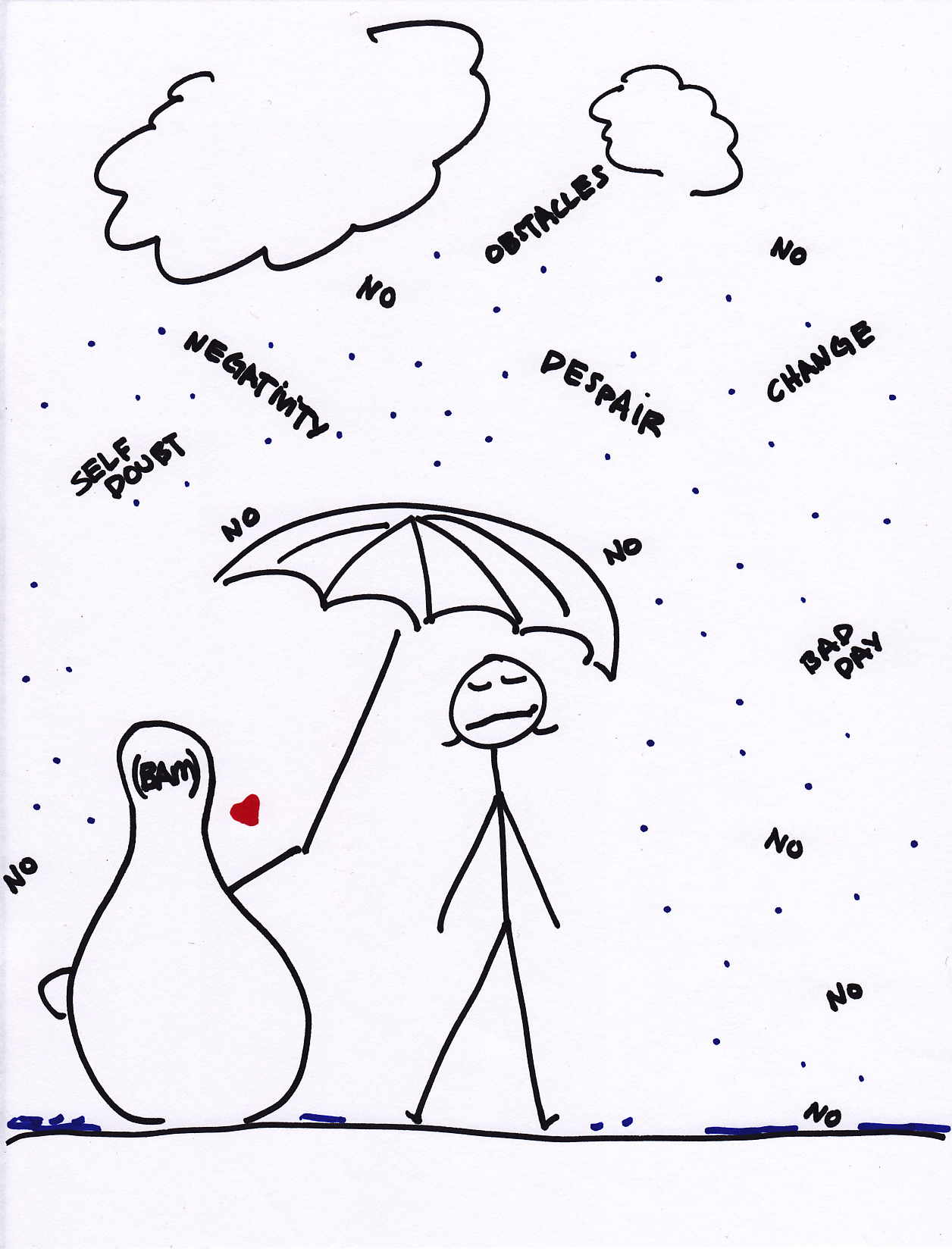 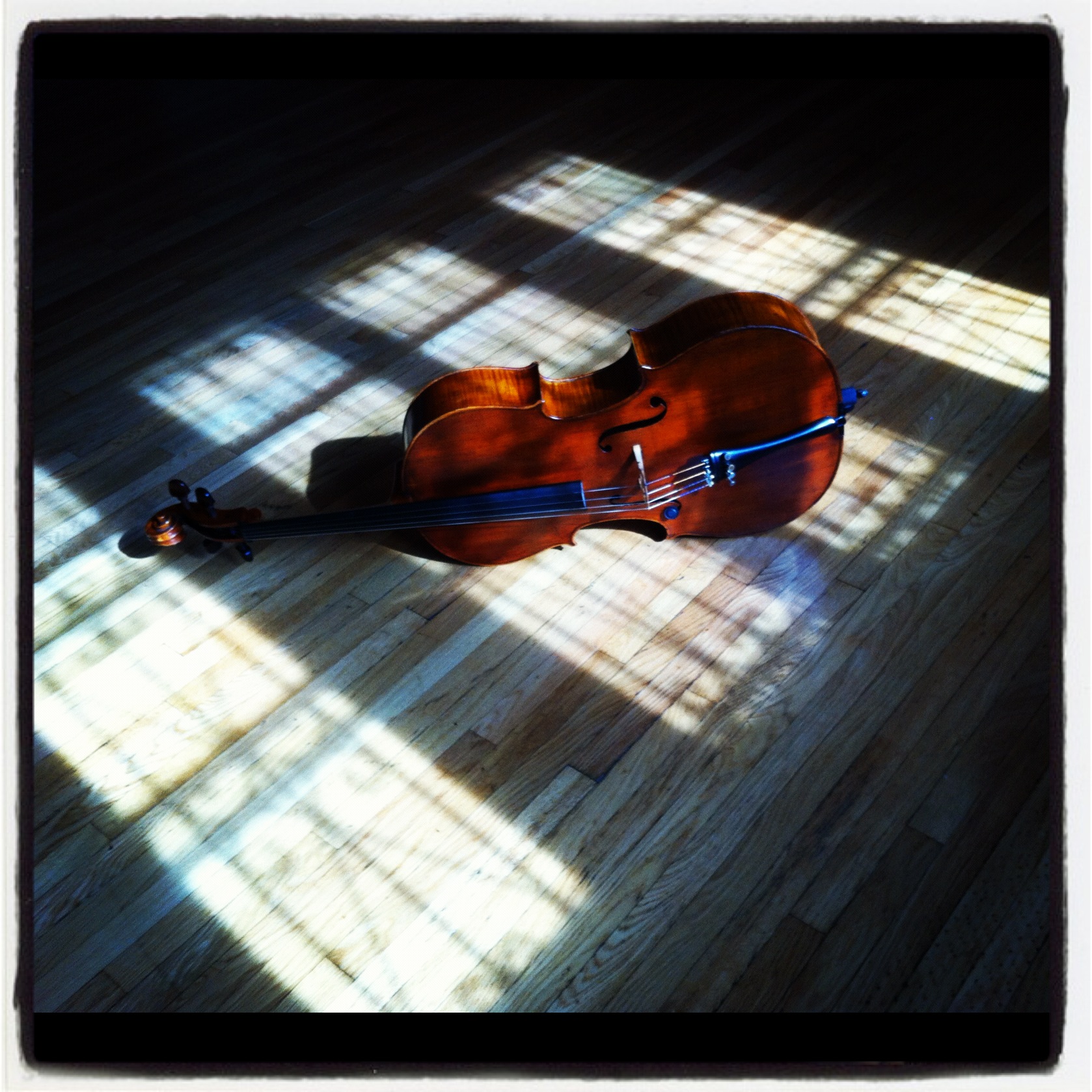