your friend Emily, through good and bad (hair)

There was one picture involving a bowl cut that I just couldn’t put up. Sorry. As I prepare for ulnar nerve surgery this December, I am forced to reflect back on my experience with the cello. I had to sign a waiver telling them that it’s not their fault if I wake up and am unable to use my left arm, and it put my stomach in a knot. Even if that is the (unlikely) case, looking at these pictures reminds me that I have had a great run with the cello. The only way to continue playing is to have this operation. The real risk is allowing my nerve to be further damaged. The real risk is not acting. 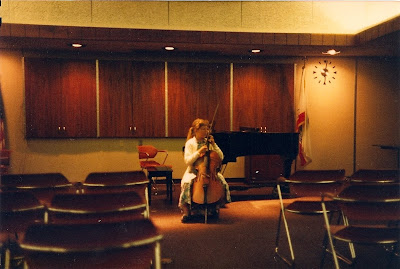 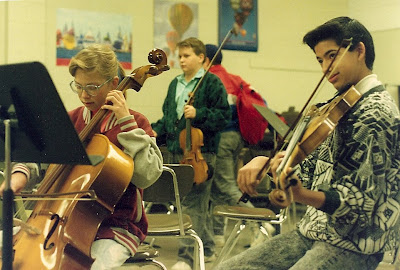 Gilbert Cerda, a violist who lived just down the street. He was really good. 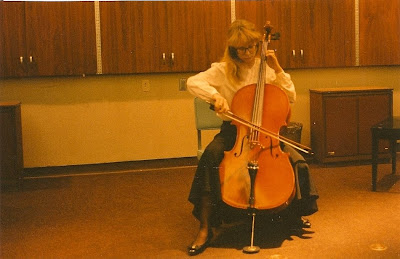 Dad cut my bangs when mom was away. Wow. 7th grade ASTA: Mendelssohn Song w/o Words. My wrist was already in pain. 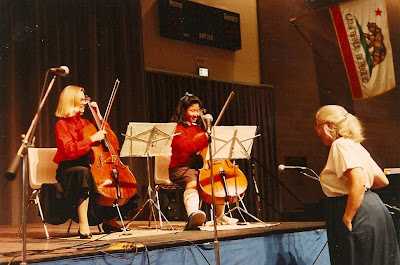 Linda Choi. My friend and cello rival for many years. She had great left hand technique. Christmas benefit. Kummer duets. 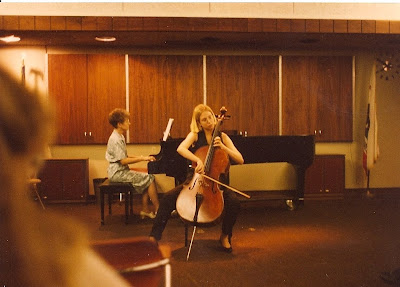 11th grade ASTA. Haydn C major concerto. The first time I won. I remember sobbing in my room because my hands were numb! What if I won State? (I didn’t.) How could I make it through a whole concerto? 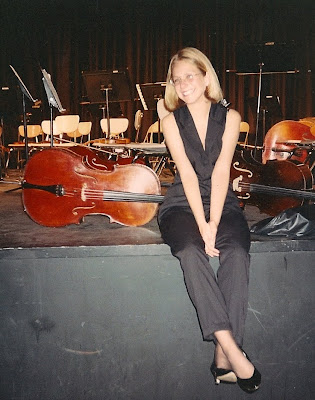 Winter concert, 12th grade. I thought I was going to be at Eastman, USC, or Indiana in a year. I was devastated when it was decided for me that I would be going to Northridge. Not because it was bad, but because I had never heard of it. It was not at all on my radar, and not what my teacher and I had discussed. My dad drove me to “The Valley”, and it was the most awful place I had ever seen. So flat. So hot. Piled with rubble. So not USC. But, just like my students benefit from my own mistakes, so too do they benefit from those of my parents. I make sure the ones who are serious go to arts high schools, think about college early, tell them (and their parents) about the places they have to be and things they have to do in order to have a shot at a school with a high-powered music program. I got into Northridge because they needed students after the earthquake decimated the whole city. I don’t know what would have happened had the earth stayed still on January 17th, 1994. But I do know that this path, which ran straight through Northridge, is the one I am supposed to be on, and in that I take solace. Proof yet again that you always go where you’re headed.