Ciao from Rome! It’s nice that the folks at IMA Tuscany found a cello for me to use. An unexpected tribulation: my bow case doesn’t fit in my suitcase and caused nearly as much consternation in the terminal and aboard as my cello itself! And without the charm of whipping it out to calm the masses as the JFK-Rome flight was delayed over an hour in the terminal. I sat next to a kid I nicknamed “Prince Charming” because he had one long tantrum for the entire 7 hour flight. Parents: if you don’t discipline your kids at home, then don’t be shocked when they don’t respond to “No” and “Stop” on a flight. He was way too old for that kind of jackassery. Thanks! *eye twitch* 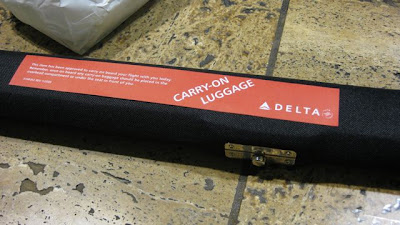 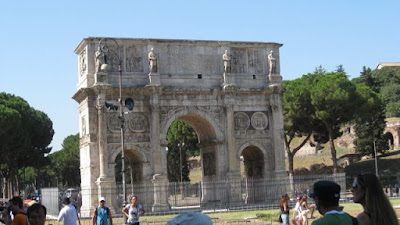 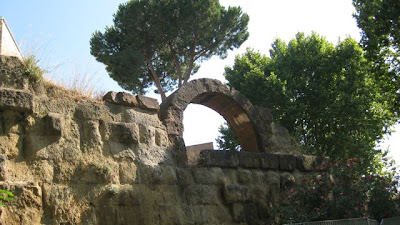 Well, you knew I had to go here. What I bet you didn’t know is that I walked over 5 miles from the other side of the Tiber to get there! It is completely magnificent, and I had a sense that important things happened in this city. 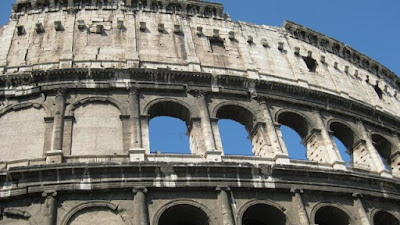 One more, just because it is the best thing ever. 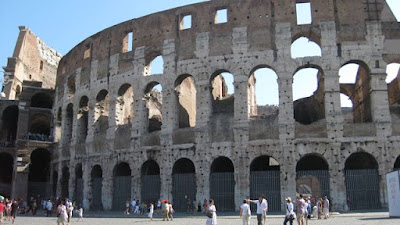 I checked out some other places, like Palatino and Campo Fiori. But the jet lag has me in its clutches, and Italy is no place to be counting Euros in the hopes that they’ll stretch. I got a pistachio gelato and haggled a good price out of the cabbie who brought me back to my hotel. Tomorrow morning sees me off to Termini, to meet up with a few other string folks going to Tuscany, and from there we’ll either rent a car and drive to Florence, or take the train (what I’m hoping for) and rent a car once we’re there.

1 hour until dinner is served downstairs. Oh minibar, why do you sing that siren song? Don’t you know my Italian is terrible? What are you saying? Drink the beer? Is that it?