something to look forward to…

For college football fans, there is a sense of loss after the January bowls are all said and done, and not just because the BCS is run by crackheads. Sure, we can distract ourselves from the pain with an extra month of Pro ball, always looking out for alums of our favorite school. And later, basketball, if you’re into it. Baseball takes over in a few weeks, and even though the game has been shamed by controversy, there is something lovely about the sound of Vin Scully’s voice and a $10 thimbleful of beer in Elysian Park.

But it’s no college football. Sweet, sweet college football. I have USC drum cadences on my iPod and a countdown widget that is telling me how many days, hours, and minutes there are until the Virginia game. I look at it every day, sometimes twice, as a reminder that I need to be patient, and that my guys need these months to prepare. But then this rolled into my inbox, and though distant, the fever begins again.

Here’s CJ Gable. Hang on to the rock! 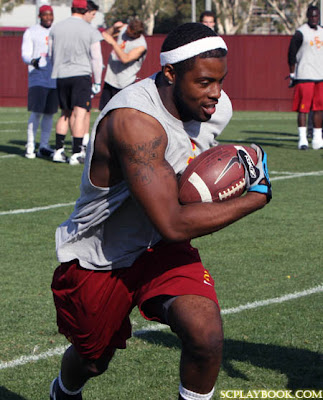 Vidal Hazelton, at your service. 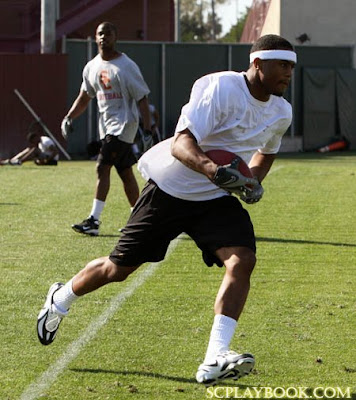 Mark Sanchez, whom a lot of folks think could be the next Matt Leinart. 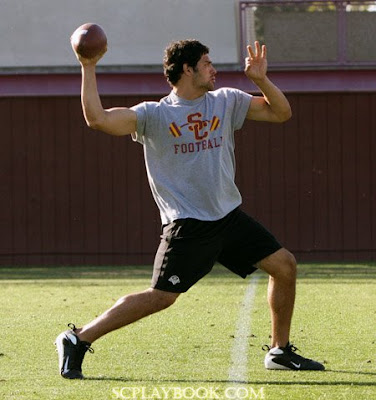 This one is called “Air Rojo”. 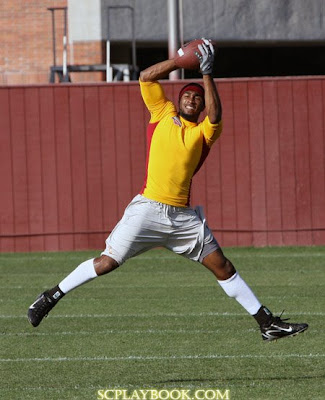 I look forward to football for so many reasons. The thing I like the most is the feeling of unity, walking into the Coliseum, in a sea of cardinal and gold, knowing that at least half of the 90,000 people at each game have the same hopes that I have, even if just for 4 hours. Los Angeles can be a lonely place, much of the time. One of its most distinguishing characteristics is the “Me first, and I don’t care about you” mindset that permeates the 30 mile zone. Something about believing in the spirit of the game changes things, and come August, you’ll find a Burberry wearing Mercedes driver letting an RV into the Vermont St. turn lane, a complete stranger handing you a cold one in the tailgate section, and an entire stadium full of people standing in silence when the Star Spangled Banner plays. And in LA, that’s kinda neat.

the story of Grey