I’ve said it before

It’s frequently said—even among people who are smart and insightful, even among people who study the psychology and neuroscience of education— that children are simply better at learning. It’s easier for them. Endless sheaves of journal pages devoted to critical periods, myelination, and fluency, all coming to the same conclusion: kids are great learners, woo, look at their little craniums go. During grad school, I kept asking “Whither adult learning?”

There are grains of truth in this apparent sandstorm of bad news for us grown ups, but after so much teaching and my own research (this is what I did at Hopkins), it seems like these truths have been taken out of context and repurposed to act as tribute to the negativity surrounding learning as an adult.

Here is what I know, based on evidence as well as anecdote: Learning feels harder to adults. Absolutely true. Part of being grown up is having broad foundation of experience-based wisdom to draw from. You know this knowledge base: you see someone in their early twenties coming to all the wrong conclusions, attributing some response to an unrelated action, doing something that likely gets on your nerves. And you know this folly because it is your own, and you had to make these mistakes because feeling their consequences acutely is the only way to bridge the gap from the end of childhood to the beginning of adulthood. Expertise creates comfort. Adulthood requires your brain to prioritize, and the things that get priority are repeated, honed, finely tuned. Things that do not make the cut are not as important, and you don’t tend to feel so bad about not being an expert at them. For instance, people like me who type a lot aren’t as good at handwriting as we used to be. We may even look at the palsied scribblings on the paper and think “This is not great” or “I used to be better at that”. And I was. Before I had ever felt the throbbing of a torn tendon. Before anyone I loved had died. Before I had received a paycheck. Before I’d developed traffic lane discipline, the will to resist sugary sweets, or the ability to slow my pulse and control stage fright. When something is not practiced and not important to daily life, it becomes rusty, and by and large, people are okay with a certain amount of decay in a skill that is not essential. In comparison to the other experiences, ones that carved me up and rearranged my way of being, some lousy handwriting doesn’t even register as something to feel particularly bad about.

Someone who has been a calligrapher for their entire life, however: for them, handwriting like mine would be a disaster. It’s just a matter of what has risen to the top, what gets practiced and thought about, what is comfortable to draw from.

Kids have a completely different experience. Every day is a confrontation. They’re not good at much of anything at first because they have not had the time to acquire the skill. Their brains are growing and humming with new circuits being built literally every day. What they are good at, at first (and we are not talking about wunderkinder or savants…these are kids with no particular capability) is standing tall during the daily assault of new information. They’re not put off by feelings of ignorance because everyone around them is being pushed through the same obstacle course, and it’s all hard. Walk without falling down! Object permanence! Long division! Emotional regulation! The moon is NOT made of cheese and is actually farther away than you can even conceive of!

When adults go back to learn something they have little exposure to, it’s a plunge into childhood levels of unpreparedness after years spent in the comfortable expertise of day to day life. The cello is especially punishing, because it’s big, loud, and reads the clef you don’t kind of remember from piano lessons. It’s layers upon layers of new weird stuff, and after spending your adult life trying not to make a disaster of everything, it can be hard to forgive yourself for the untidy process that is learning a new instrument.

To use hockey again as an example: I delayed my progress in the early days of my skating lessons because I was absolutely terrified of falling down. The shame was palpable- a wave of heat that would singe my throat and roar in my ears. Falling meant that I was a disappointment. Not as good as the other people who were learning with me (I later discovered that many of my colleagues were returning to the sport and had years of experience). I was probably fundamentally flawed and would never get good, and just look at the seven year olds zooming around me during public sessions. So I skated from a place of fear, which didn’t allow me to develop a sense of the edges on my skates. Those edges are where competence lives: to make better turns, stops, changes in direction and efficient strides. But because I was so conditioned to feel shame and the pressure to be perfect, it took me two years before I finally allowed myself to experiment with my balance and hit the deck in front of other people. And it’s not that they didn’t laugh at me. Some people are just dicks, and they absolutely enjoyed my misfortune as I fell, again and again, trying to skate around a cone on the outside edge of my blade. It’s not like a movie montage where this stuff got sorted out and now I’m great. I’m still working on it, and one foot is much better than the other. I fight with the fear and shame all the time. But I do fight against it. It may even beat me sometimes, but dammit, it will not be an uncontested match.

So, about young players. Any of you who have attended an elementary or middle school concert can attest to the

…quality of the effort on stage. With few exceptions, it’s a kind of half-bored, half-jittery ramshackle stagger through simple tunes, with some kids doing well and most kids hitting the skids once or twice. And it’s fine. If they stick with it, the product becomes refined over the years. Their main job as kids is to be students of the world, learn how life works (and many times, how it doesn’t), and develop emotional intelligence. Funny thing about these aspects of maturation is that this is where many of us learn that it’s some kind of crime not to know things, that falling down should make you feel lousy as a person, that others may be good enough but we…are not. Sigh. It’s immensely helpful to take from an instructor who teaches adults as part of their chosen career, not as a last resort. I made my living in LA by being one of the few cellists who loved teaching adults. Some students came to me as refugees, the lone post-adolescent at every concert feeling ridicule in comparison to the other players. Going back to hockey for a moment, my early lessons were from guys who taught kids, who would yell “yeah! great job!” after even my most pathetic attempts. Hearing that may inspire an 8 year old to persevere, but I was DYING of curiosity: what was I doing wrong? Things changed when I started going to Russian coaches who would watch me skate a bit, blow a whistle, and utter gravely “This is no good. You skate like first time baby. This really bad hockey”, before demonstrating, in detail, the 93 things I had to work on before next week. Those lessons were blessed nectar. Which brings me to…

What teachers have to do with adult learners is different from the approach used for children. Examples:

So we’ve talked about why kids seem like they have it easier and a little bit about the differences in approach. I’ll finish with reasons why adults actually have it easier in terms of straight up learning the instrument and getting past mediocrity. To start with, adults make much more sense of the nuts and bolts of the instrument. When you’ve been alive a while and seen how the world physically works, listened to a bunch of music, and have paid good money to finance an instrument and a teacher, you have everything needed for success. You have context, knowledge, and motivation. You have surely failed at something and kept at it. You have gotten to be an expert at something before. Next, you have sharper critical thinking skills- and lessons and practice will hone them further. After that, you aren’t searching for fun the way most kids are. There’s something in between drudgery and Disneyland. It’s being edified simply by a good work ethic, at undertaking a monumental task and being equal to it by showing up and working hard. Adults are vastly more prone to find this motivating, and it’s the stuff of meaningful progress. Adults also have longer attention spans and a more accessible lexicon for internal concepts, like bringing your mind’s eye to focus on something or following various disparate instructions (breathe! slow the bow! shift from the arm!) at the same time. It’s not that kids can’t do these things, but adults are more likely to do them with ease, or at least determination.

The key, whether you’re 7 or 77, is finding the advantages of your age and using them to push past the stuff that tries to stand in your way. Even someone with everything going against them—bad attitude, gnarled technique, accidentally buying the viola Suzuki book instead of the cello one— will improve if they just keep at it. And since you’re here, reading this, I bet you’re not someone who settles for technique that doesn’t work, or a defeatist mindset, or a weird book with a clef that looks too similar to tenor. I bet you’re trying to be nimble, flexible, expansive, and resilient. All qualities that help adults succeed on the cello. You’ve got this, I promise. And you’re not alone, even for a moment.

And now, a gif of me falling down during a game last year. Falling down is okay, so long as you don’t give up. 🙂

Featured image: Evgeny Kuznetsov, my favorite player, leaning hard on his outside edge.

hacks for your technique, part 4: KT tape for better posture 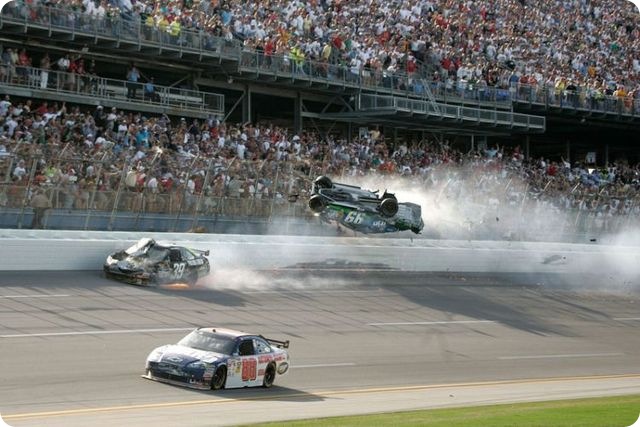