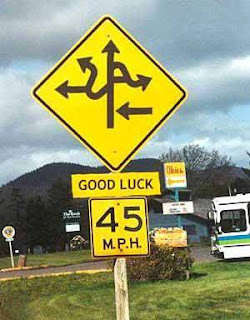 So I’m new to the area and the GoogleMaps app on the iPhone wasn’t cutting it when I would miss a turn or there would be an unexpected closure, etc. As a stop-gap between getting a full on Garmin, I downloaded the AT&T Navigator service, which, for $7 a month alleges to give you accurate turn-by-turn directions, and does GPS stuff like reroute automatically after missed turns and offers multiple route styles. Great. Sign me up, she says.

One of the reasons I need help is that there are many similar routes. To get to Target, I think it’s one exit off of 29 South. But I never remember whether it’s 175 towards Jessup or 100 towards Glen Burnie. One is an exit to the right, the other is to the left. My appointment the other morning was off of 695. While I am still cobbling together the image of the state, I have rough ideas about my destinations. I say to myself as I set off, “I’m heading towards New York and the ocean” or “I’m heading towards Pennsylvania”. Really, I just need the GPS for when I get off of the highway and downtown DC.
This was confirmed Saturday morning, as I loaded the address into the ol’ iPhone, and the first thing it said was:
You are off course.
Already, with the attitude! It sat silently awaiting my return to asphalt (I was on my street, I’ll have you know) and I hoped it wasn’t alerting the Patapsco State Park rangers that someone was fording the river in a grey Honda Accord.
I knew how to get onto 695 off of 40, so it was to my great surprise that I heard
Make a legal U-turn at Gobvurnbv Run.
What kind of word recognition program doesn’t know the word governor? I am tempted to program it in just to hear the voice mangle the word again. Anyway, I was running way ahead of time so I decided to follow the directions. I made a U-turn, and it looked like it was going to steer me onto 29. Just past my street…
Calculating new route.
You should also know that there is an implicit, “You, idiot.” after everything the GPS voice says. 20 more feet, and…
Make a legal U-turn.
Ok, so now I’m running the world’s smallest NASCAR track on Route 40 and I’m starting to get ticked off. Plus, I still have California plates, and the police here seem very interested in just about everything everybody does. This is not what I need. I decide to ignore the GPS, which continues to spit out incoherent half-sentences as I successfully get onto 695 North. 5 miles go by in blessed silence. All indicators are go. Serenity is setting in, Glenn Gould on the iPod, rain softly pats the windows.
Keep to the right then bear left on 695 North.
All right! Like I said!
Calculating new route.
What’s this? Did I miss the fork? I don’t think I missed the fork.
Go 472 miles and then turn left on 70 West.
For the love of Mike! Really?
I am going to write a review on the iTunes App store that basically goes like this:
Worst. App. Ever. If there was an app that cost $900 and its function was to summon a pack of dingoes every time you hit the star key and then they would gnaw at your leg until you lost consciousness, and then when you came to you’d have a case of the bends and be forced to read Derrida and eat only your least favorite food for 4 days straight before they’d take you to Burundi and abandon you for the Tutsi and Hutu to play with until you escaped but were recaptured by a private mercenary team that made you compete in an ice dancing exhibition, which really hurts because of the dingoes…
this app is still worse. Because if you had to depend on this app to escape, you’d be screwed. Another stellar achievement for AT&T.
Coming up tomorrow, the final installment of Deathbed Pie Chart.
Picture from life as prayer. 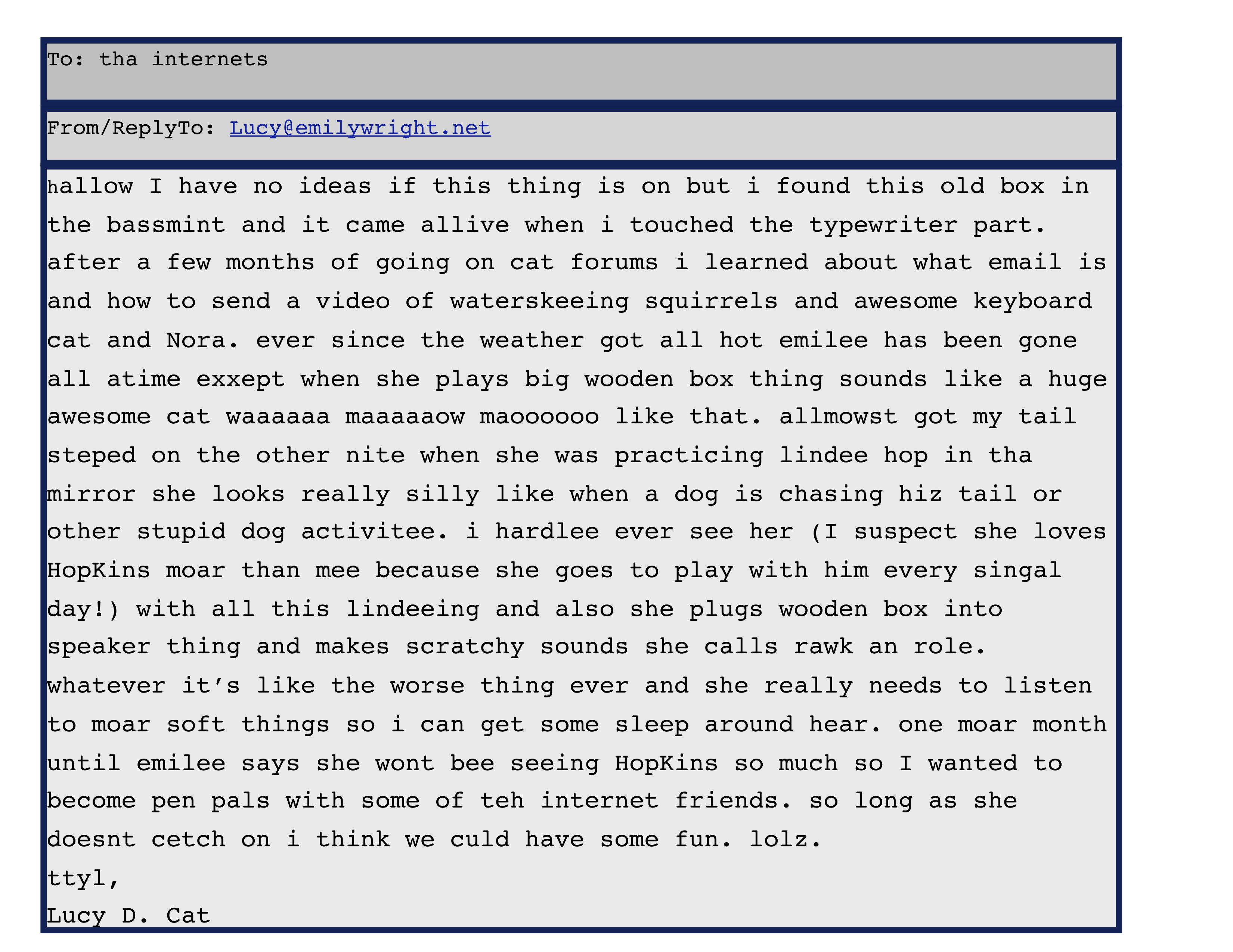