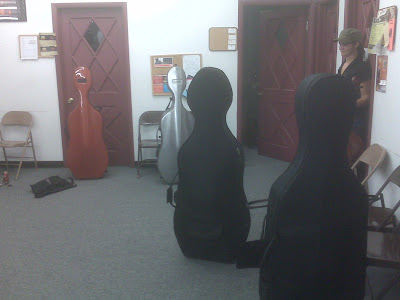 Just a little post until I can really dig in and get back to the good stuff. Along with the usual teaching and seemingly endless list of errands and small fires to put out, I lucked into some High Holy Days performances, so I am just about the least available person I know at this point.

I always like religious gigs. It’s like you can order a sampler tray of philosophies without having to commit to one. Along the way, I have ended up folding inspiring things into my point of view from some unexpected places, including a Hindu wedding, a US Navy funeral, and last night, on the eve of Jewish New Year. I’ve always loved Judaism. Its perspective comes from such a human place. I think a lot of people might find it inaccessible because the don’t recruit followers and they speak in another language. I get that, but those things do not mean you are not invited. It just means you have to seek it out, like many things in life. Anyway, back to the human perspective. Rosh Hashanah can be viewed from many angles, but a large emphasis is on renewal, forgiveness, and new beginnings. By the end of these holidays, we’ll arrive at Yom Kippur, the famous day of atonement. I find too much emphasis is placed on the guilt, which is a mere byproduct of the process of atoning. The Kol Nidrei, which is played around these days, was described to me by an Israeli violinist last night. It says that all of your vows, the promises and aspirations, are gone. You must make new ones, but you do not need to be punished for falling short of what you hoped you had done. “You just didn’t end up where you thought you would, that’s all”, he told me. Make new commitments, which are easier to keep when you’re not wearing the enormous weight of old failures around your neck. It’s very earthy, this thought. You don’t need to convert to any religion to see the value in that. I found it refreshing.

*Dustin Morgan, the father of one of my students, coined the phrase. Credit where it is due! Oh, and the shadowy figure in the picture is Francy, one of my advanced students who is also a capable teacher herself.