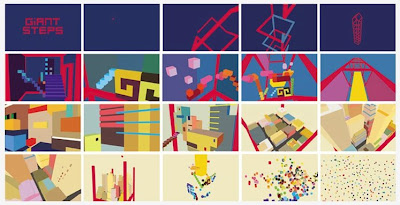 Here’s the next entry in Jen’s battle, tentatively named CelloQuest ’08:

Today was all about learning to feel the strings. I would not allow myself to squeeze at all with my left thumb and this caused me to change the pressure point on my fingertips. For the first time I felt like I could feel the strings. The position change is very slight but it made a world of difference with the tension. I think I must have been falling back into my bad habit of keeping my fingertips too vertical. † It seemed like I was learning to play a new instrument but I surprised myself at still being in tune when I practiced scales. As I went along I found that I was more confident when I played- definitely an unexpected benefit. Unfortunately, I could only do this for about ten minutes at a time before my back started hurting but playing in short sessions kept me focused on the task of playing without anxiety*. I have chronic back pain but most of the time when I play, I am alright. Re-learning healthy posture when I play is why it is fatiguing so quickly. Until those muscles build up, I will just have to play in short bursts.

†: she used to hyper-curve her fingers, which pushed her hand up and away from the fingerboard and also didn’t allow for the right spacing between notes.

*: while this is a fundamental aspect of my approach, it is also key to a lot of eastern philosophy. Playing without anxiety usually requires a re-calibration of one’s attention away from desired result and onto the present moment. Fully experiencing what you are doing not only removes the edginess and expectation from playing, but also makes you a supremely sensitive witness of your technique. Staying in the present means you’ll never get halfway through a scale and think, “Now how in the world did my hand get like that?”

This is big progress, guys. What I hope you take away from this is that a radical change in approach does not require anything more or less than making the change. It really is as simple as making a decision on your own behalf and sticking with it.

The cello is deep. Hugely deep: it seems sometimes that every rule that applies to it is actually the exception. But that’s where the beauty is, I find. The cello is pretty simple, and what you’re really learning is yourself. How many times can you find the patience to push yourself a little further? Do you have another 10 minutes in you? Have you yet found the balance between humility of practice and the confidence it takes to play using solid technique? Artistry, and the ability to interpret and emote are directly related to the foundation of your technique. You’re looking to develop a direct conduit from what’s in your head to what your hands do. Each time you allow yourself to play with tension builds another barrier on that conduit. But for those lucky enough to get real, each day they dismantle those habits is a giant step towards freedom on the instrument. And that has to feel pretty good.

Oh, and I wrote “giant step” in the post, which led me to do some searching about John Coltrane’s epic chord changing masterwork, Giant Steps. The image is from the storyboard of Michael Levy’s animation, which is linked above. I like to think of it as the soundtrack to Jen’s week of progress.

Better than Don Juan, let me tell you.